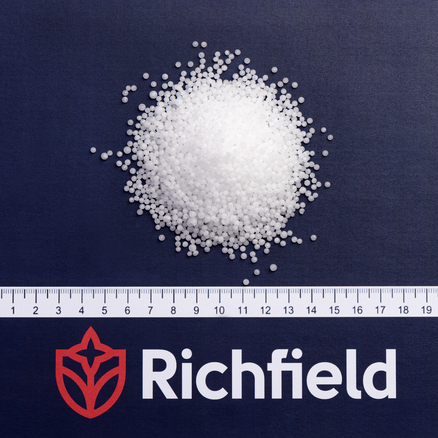 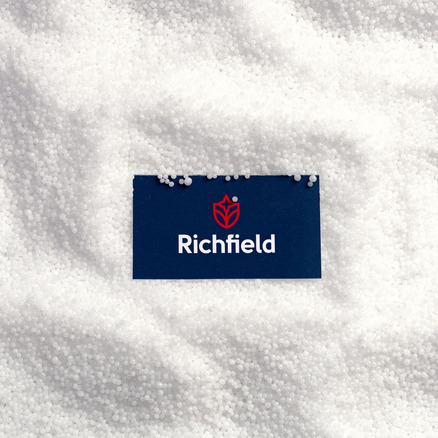 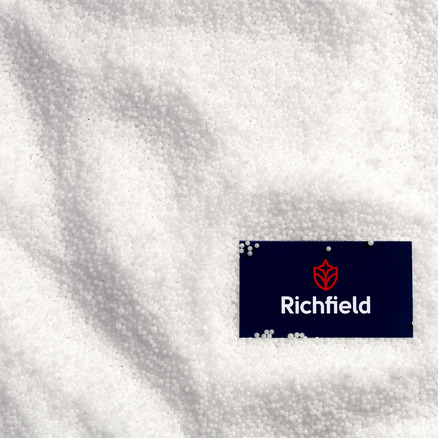 Carbamide (urea) CO(NH2)2 is the most concentrated of solid nitrogen fertilizers, containing 46% nitrogen.

A potential issue with urea is the harmful effects of biuret. The increased content of biuret in the fertilizer reduces seed germination, inhibits the growth and development of plants as well as may cause leaf burns after foliar top dressing. The critical limit of biuret content in urea is usually up to 2 %. Therefore, in the finished product, the content of biuret is allowed no more than 0.6% in Grade A and 1.4% in Grade B. Biuret decomposes in the soil in 10-15 days due to its transformation into ammonium compounds by the urobacterium enzyme urease.

If compared to ammonium nitrate, the use of urea has its peculiarities. The high degree of flowability, low backfill density, small granules and low density do not allow high-performance use of centrifugal spreaders. The width of their capture should be 1/3 less than when applying potassium nitrate.

The effectiveness of urea depends on numerous factors. Urea is an uncharged molecule, therefore it is able to overcome significant distances in the soil with the movement of water. Thus, urea nitrogen in molecular form is absorbed insignificantly through the root system, but it becomes available for absorbing after hydrolytic transformations of the amide form to the ammonium one. Under the action of the enzyme urease, which is produced by urobacteria and plant roots, urea undergoes hydrolysis and turns into ammonium carbonate. At a soil temperature of 2 °C, 75% of urea is converted to ammonium in 4 days, at a temperature of 10 °c it takes 2 days, at 20 °C – only 1 day. Ammonium turns into nitrates at a temperature of 5 °C in 6 weeks, and at a temperature of 8, 10 and 20 °C – in 4, 2 and 1 weeks, respectively. The moisture capacity of the soil should be at the level of 40 %. The nitrification process is almost suspended in soils with a pH < 5.5. It should be also noted that non-amonified urea can be washed out of the soil.

Ammonium carbonate is a low-resistance compound. Under the influence of air it quickly decomposes into ammonium bicarbonate and ammonia, as a result of which gas ammonia is lost, especially on low-buffer soils. Therefore, during surface application of urea without immediate embedding in the soil and in the absence of precipitation, nitrogen is lost in the form of ammonia, in particular on soils with a neutral or alkaline reaction, on crops of perennial grasses where urobacteria activity is high, as well as after fertilizing grain crops. Losses of  gas ammonia can reach 30-50% of the mass of nitrogen applied, while in the case of ammonium nitrate application they are 1-3 %.

The main factors affecting the ammonia weathering into the atmosphere are: the cation exchange capacity (CEC), soil pH, СаСО3 content, and moisture content.

In terms of efficiency, carbamide is not inferior to ammonium nitrate, however the much more higher efficiency is observed after applying it to the soil.

Carbamide is most effectively used for basic fertilizing, top dressing of row and vegetable crops, and for foliar top dressing of plants, since it is an organic compound. Surface top dressing of winter crops, meadows and pastures is less effective if compared to ammonium nitrate, which is explained by the loss of ammonia, the slower action of urea than ammonium nitrate. Unlike other nitrogen fertilizers, carbamide ensures plants to absorb a significant amount of nitrogen from urea without prior conversion. Urea is absorbed by leaf cells in the form of whole molecules. 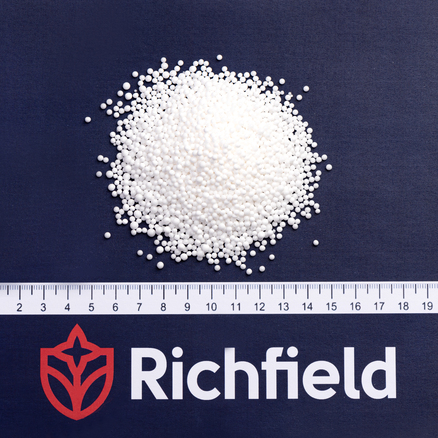 AMMONIUM NITRATE N 34,4
For any soil-climatic zone; any time of introduction into the soil; for all types of plants
More details 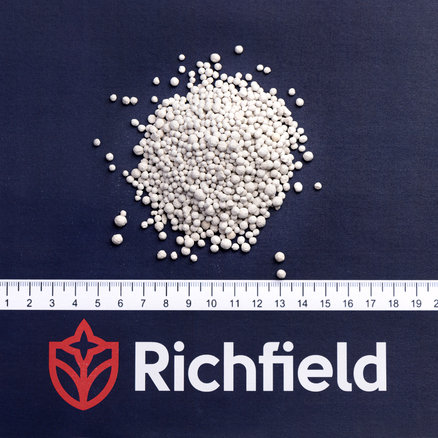 AMMONIUM SUPERPHOSPHATE 9-30+9S
It is used on all types of soils for basic and ordinary application for all agricultural crops in open and closed ground conditions.
More details 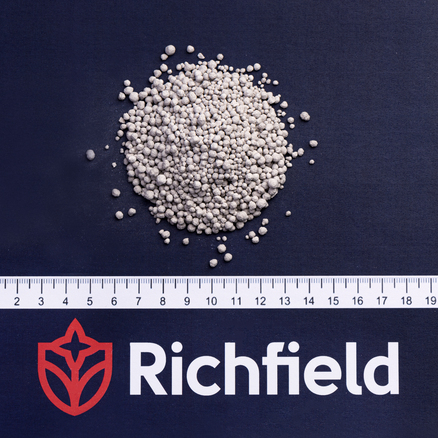 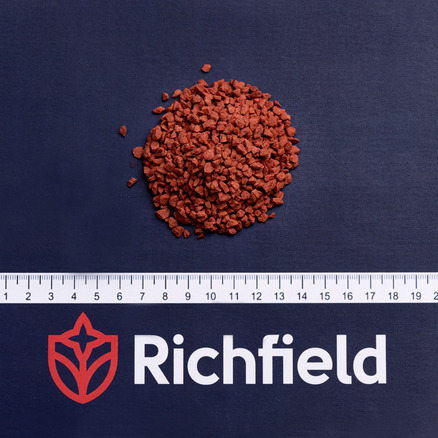 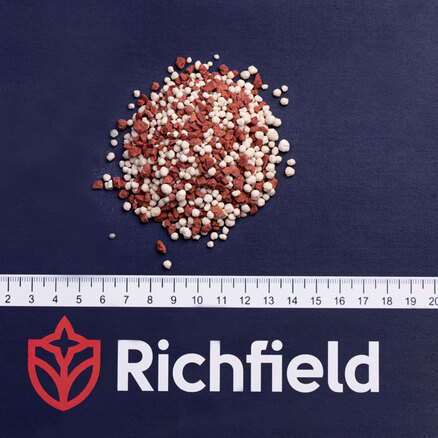 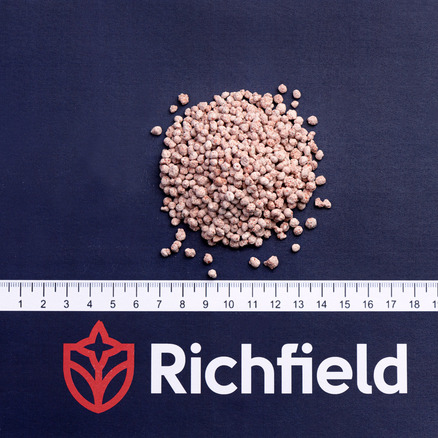 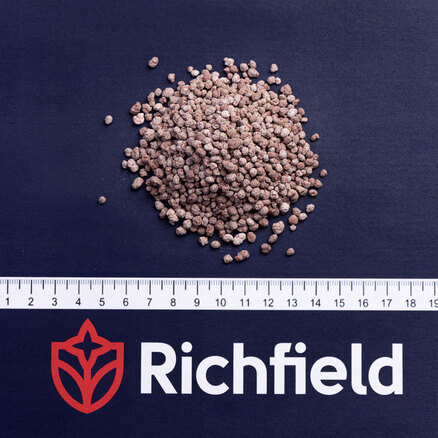 COMPLEX FERTILIZER 6-18-34+2S
Modern complex granular nitrogen-phosphorus-potash fertilizer 6-18-34+2s effectively contributes to the increasing of productivity and product quality, as well as to the restoring of soil fertility.
More details 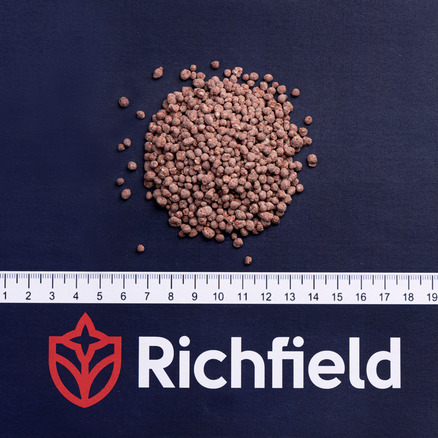